Get set to uncover all sorts of hidden gems on your Greece holiday. Not sure where to begin? Read on and we’ll pave the way… 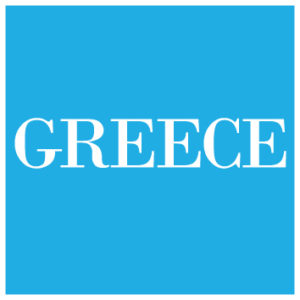 Barely-touched beaches, clear waters, local beauty spots, rustic tavernas – sounding dreamy yet? When you book a Jet2holiday to Greece, you don’t have to just do the major attractions – you can go off the beaten track and relish the hidden gems too.

In this handy guide to Greece holidays, we’ll share some of our favourite lesser-known picks across a range of the most popular islands. That way, you can decide which is best for you and where you want to stay on your next Aegean or Ionian adventure.

There’s no two ways about it – remarkable Rhodes is a history hunter’s haven. And while the Old Town and Acropolis are both musts while you’re on your Greece holiday, there are some less obvious spots for your itinerary. First up, Eucalyptus Street. As its name suggests, this long road that runs from Kolymbia is lined with these trees. It’s worthwhile for a stroll, quick bite to eat or even to visit a souvenir shop.

Around 30km from central Rhodes, you’ll find the Seven Springs. This peaceful and romantic plot is a Natura 2000-protected zone, where rich forestry combines with cooling lakes. Over to the north, you’ll come across the Valley of Butterflies, a breathtaking natural landmark that’s home to a large number of the insects.

Striking Skiathos is made for lounging by the waves. Its roll call of beaches is nothing short of staggering, so you’ll be impressed, wherever you pitch up and pop your towel down. But when it comes to nestled-away nooks, you’ll find many have landmarks within. Agia Paraskevi is one such site, a quaint stone-built church shielded by large trees and plotted in its own yard. To tick off all of Skiathos' coastal best bits, book an around-the-island boat cruise. Departing from Skiathos Town's old port, it takes you on a gorgeous circuit via sea caves and postcard-worthy Lalária beach with its famous Trýpia Pétra rock-arch, before continuing to Kástro and Asélinos beach for another swim.

Any Mamma Mia! fans out there? Skiathos and nearby Skopelos are both filming locations for the hit Hollywood franchise. The Church of Agios Ioannis Kastri sits atop a hill and was used for Sophie’s wedding venue in the movie.

Past the caldera and all the colour, stunning Santorini has some hidden hotspots as well. While it isn’t the most remote place you’ll ever come across, Akrotiri has a prized possession to its name. The archaeological site is where unearthed pottery, frescoes and features of long-forgotten buildings now stand proudly on show again.

As for exploring charming areas, put Pyrgos and its local architectural feats on your list. Enjoying a good trek up the hillside around Oia is great too – particularly if you want to soak up panoramic views.

Captivating Kos has a laid-back feel, so it’s a great beach destination. But it also has its fair share of fascinating remnants from the past. Take Antimachia Windmill, for example – it’s a charming spectacle that’s still in use today!

But dig even deeper into the island’s old settlements and Paleo Pyli fortress will enchant you. The partially preserved Byzantine castle offers a snapshot of medieval times and, if you wander up to the top, you’ll be rewarded with far-reaching scenes of the glittering Aegean Sea.

The emerald-green isle of Kefalonia is about as beautiful as it gets for a Greece holiday. Golden-sand swathes, rugged hillsides covered in swatches of dense shrubbery, colourful towns – that begins to paint a picture. Scratch beneath the surface and discover Melissani Cave. A luscious lake flows around there and the dramatic cavern’s mesmerising turquoise waters are sure to wow. It might be one of the better-known landmarks in Kefalonia, but its tucked-away nature makes it a hidden gem in its own right.

You can’t beat the holiday snaps you’ll capture at the ice-white Monastery of Panagia Agrillion in Sami. It’s in a picturesque location and houses a teeny museum.

You won’t struggle to see places of cultural significance in Corfu. The Temple of Artemis, which was built around 580 BC, is something of a sanctuary that’ll make you feel closer to Greek mythology. Meanwhile, in a secluded spot between the towns of Pelekas and Vatos, Mirtidiotissa Monastery sits just beside a beach. It’s in place of an old religious icon that was found in a cave there.

Head to Crete and prepare to have two epic sides of the island to explore. Drill down into the authentic towns and resorts of the Heraklion Area and idyllic villages that sit snug by the sea will be yours. In the south, Myrtos is known for its glistening beachfront, clusters of family-run tavernas and agricultural heritage.

Meanwhile in the west, the Chania Area serves up Greek history with Venetian quirks. Go off the well-trodden path, about 15 minutes from Kolymbari, and an ancient olive tree, surrounded by old walls that span back to 1850, will be on display. If fairytale splendour is more up your street, journey to the spellbinding seaside spot of Elafonisi Lagoon. Its sand has been tinged pastel-pink by shells over decades.

Ivory-hued beaches, lively towns, loggerhead turtle nesting grounds – that’s often seen as that gist of Zante. You can learn more about the island’s strong links to turtles when you hop on a boat over to Marathonissi Island. Caves, coves and snorkelling spots are among the draws here, but it’s also touted as a place for these shelled creatures to lay their eggs. You’ll have a glorious stretch of sands to laze on there too.

Among the island’s treasures are the must-eat delicacies. Local bread topped with juicy tomatoes, a generous glug of olive oil and slices of ladotyri cheese is a winning combo. The pressed sweet treat made with sesame seeds, honey and sugar – called pasteli – is scrumptious too.

Think you’ve found the island to suit you? Start planning your next Greece holiday now. Make sure you’re in-the-know before you go by checking the country entry requirements too.

Get set to uncover all sorts of hidden gems on your Greece holiday. Not sure where to begin? Read on and we’ll pave the way…