There are so many marvels to uncover in this Balearic Island. To help you start that all-important itinerary, here are ten amazing things you can only do in Menorca… 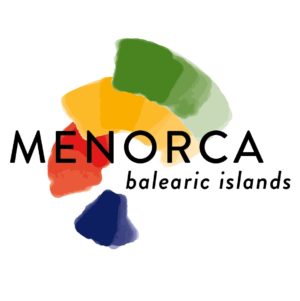 Menorca holidays are as much about relaxing as they are exploring. When you break away to this beautiful Balearic isle, you’ll have a honeypot of history, culture and nature at your fingertips. And don’t even get us started about the gastronomy – this place knows plenty about excellent cuisine.

Thanks to the sizzling sunshine, you can make the most of a hot summer getaway in Menorca too. While it’s important to reset and feel replenished after going abroad, we also know you’ll be eager to see the sights and tick off those must-visits! That’s where these ten handy hints come in…

What’s most fun about a Menorca holiday? It’s got to be unearthing all the towns and hidden gems. Among the standouts, you’ll find Ciutadella and Mahón. Back in the 1700s, it was Ciutadella that presided over the island as the capital. That’s when the Brits first arrived and it was long before Mahón became the striking capital that it is today. Pay them both a visit to enjoy the pretty parks, epic city halls and fascinating museums.

2. Lift the lid on a cultural melting pot

Menorca’s an island that’s been inhabited by lots of different cultures. And, despite its clear Spanish heritage, the roots of other countries and civilisations shine through in its history and culture. While some of the British influences might be quite obvious to you, see if you can spot remnants from the Romans. There are plenty of nods to Arabic and Mediterranean customs too! It’s all yours to dig up on a Menorca holiday.

As Menorca used to be under British sovereignty, language, architecture and even cuisine have all been influenced by English culture in some way. Everything from gravy to cabinets, drinking gin to playing marbles was embedded into local life – how that’s for quirky? If you’re interested in boxing off some of the sites that have these British links, Marlborough Fort, Nelson’s House and the Tower of Rambla are just a trio of the key historical attractions that have been preserved well enough for you to see.

As an island, you can bank on Menorca delivering the goods in terms of sandy stretches. Golden grains come as standard here and you’ll be able to watch them twinkle as you laze in the rays. With its Caribbean-style sands and ultra-clear water, it’s no wonder Cala Galdana is a treasured choice. It’s ideal for chilling out and making the most of the water sports available. Cala’n Bosch is another favourite, though it has quieter spots if you prefer your beachfronts low-key. Seeking sunshine around the clock? The south-facing setting of Punta Prima puts it in pole position.

If you want more of a VIP vibe when you hit the beach, Menorca’s cosy coves and smaller pockets of beach are winners for your own space by the waves. Sa Mesquida is a more laid-back area that promises shelter away from the more touristy options. Keen to really get away from it all and feel refreshed after a day at the beach? Cala Mitjana is off the beaten track and boasts water so blue, you’ll barely believe your eyes. As it isn’t backed by eateries, there’s only one thing for it – who’s up for a picnic?

It wouldn’t be a Menorca holiday if you didn’t immerse yourself in all the things the island’s famous for. It was recognised by UNESCO as a biosphere reserve in 1993 and has held onto that title since. As caves and wetlands here open into expanses of lagoons, marshes and even ponds, it meets the criteria. More than 200 species of bird and a whopping 1,000 types of plant call this place home! It also has a classic Mediterranean sub-humid climate, which means sun-seekers give it a thumbs-up.

7. Pedal around to get from A to B

Even though its bigger neighbour, Majorca, gets all the two-wheeled glory, Menorca’s sensational for cycling. You can have your fill of the open road when you conquer the flat coastal routes, though you’ll be able to find some mixed terrain spots near the sea too. How about passing through dinky inland villages? You can pepper your outing with a dash of culture. If that isn’t exciting enough, the renowned walking route, Camí de Cavalls, also has some sections that welcome seasoned cyclists.

8. Check out a range of water sports

During your Menorca holiday, you’ll see lots of sports going on. When you’re by the water, you’ll notice that some beaches are breezy, which makes them playgrounds for windsurfers. Similarly, sailing is a fun pastime that locals and tourists alike relish. While some beaches provide kayaking options with lessons for newbies, you just can’t beat a boat trip if you want to soak up the scenery on the water.

9. Try mayonnaise in its place of origin

A few theories about the origin of mayonnaise are floating around out there, but the one that seems to be most commonly noted is that – as its name does suggest – Mahón is the birthplace of the condiment. Made from eggs and olive oil, it was put together as a substitute for adding cream to a sauce. It was needed for the feast that was called after the French Duke of Richelieu seized this part of the island. The history books claim it went down a treat! So, trying mayonnaise is a must in Mahón!

10. Please your palate with local delicacies

Is eating high on your Menorca holiday itinerary? We thought it might be, so we didn’t want to leave out our top foodie tips. Although seafood and tapas dishes are big business here, buttery Mahón cheese is one of the most sought-after delicacies. It’s made from cow’s milk and its intense flavour comes from sea salt. Xoriguer gin is also a tipple to try! It’s produced using imported juniper berries and is a firm fave among the cocktail drinkers of the island.

If you’re already feeling enchanted by the magic of Menorca, why not book your Jet2holiday today?

There are so many marvels to uncover in this Balearic Island. To help you start that all-important itinerary, here are ten amazing things you can only do in Menorca…